Memories of the Green Fly 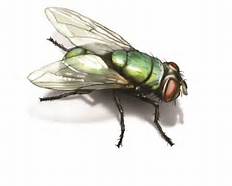 MEMORIES OF THE GREEN FLY CAFE

During my first year at Western Carolina Teachers College (now Western Carolina University) in 1953, I managed to offend my grandfather so severely, he banished me. (The reason is complicated and I will save that for another story.) “Out of my sight!” he said, and sent me off to Brevard to spend the summer with Uncle Albert. At the time Albert was the bookkeeper for the Silverstein Tannery and got me a job there.“Good,” said my grandfather. “Maybe he will develop a sense of what it means to earn a livelihood.”

I worked in the “buffing room” which was next to the “green hide room,” a place where decaying (green) flesh was stripped from hides; the hides were then hung up to “season.” The resulting stink hung like an evil fog over the whole place, including the Green Fly Cafe (also owned by the Silverstein Tannery) where we all ate each day. (Every worker had a tab which was deducted from his pay check at the end of the week.) Eventually, I became inured to the smell that permeated everything in or near the tannery; I even reached the point where I could eat the Green Fly’s daily diet of collard greens, pintos and cornbread with a reasonable amount of gusto.

The buffing room was in the loft of a large, barn-like structure and its purpose was to convert inferior hides into acceptable shoe leather. This was done by placing hides (which were spotted with holes and possessed areas that were so thin they were semi-transparent) on a great table and coating them with a nauseous, yellow gunk. Four workers stood at each table with huge brushes strapped to their forearms and alternately dipped the brushes in the yellow gunk and then spread it, like lemon cake icing over the hide.This process was repeated several times so that the gunk built up a thick layer. After the hides had dried out, they were placed on the “buffing machine” where huge metal rollers beat the gunk into the hide until it was absorbed.This was repeated several times until the hides acquired an acceptable thickness.

A bucket of water set by each table and when the brushes became clogged, we would clean them in the bucket.The water lever in the bucket was always a little over half-full, because the buffing machines actually caused the floor to shift beneath our feet, like the deck of a ship.The water sloshed back and forth in the bucket in rhythm with the buffing machines. The deafening noise created by the buffers rendered all conversation impossible, and we all learned to communicate with a kind of “buffing room mime.” Basically, it was mind-numbing work and we quickly fell into a repetitive routine that lasted for two hours. We received a fifteen-minute break - one in the morning and one in the afternoon - between each shift (which was deducted from our pay). During the break, the workers would go to the toilet, go out on the loading dock to smoke and/or sit on the floor next to their work station. I remember one colorful fellow who climbed on the idle buffing machine and preached to his fellow workers during the break, exhorting them to “find Jesus.”

In addition to me, my work station consisted of Lil, a gigantic blond woman who resembled Boris Karloff; a small man named Westley who hummed country-and-western songs, and a fellow named Manard who talked constantly about hunting, fights and epic drunks. During the the breaks, Lil laid on the floor and slept while Westley, Manard and I fled to the loading dock. While Westley yodeled and did a passing imitation of Eddie Arnold’s standards (“Cattle Call,” and “ A Big Bouquet of Roses”) Manard talked about his Saturday nights which he spent driving around Brevard with a bottle of John Paul Jones whiskey and a paper sack full of cherry bombs. His greatest joy in life consisted of lighting cherry bombs and pitching them out the window when he passed a crowd in front of a church or theater. He especially liked to frighten the residents of Carver Street, which ran through a black community.

Sometimes when the buffing room was going full blast, the owner paid us a visit. He wore riding pants, carried one of those little jockey whips and was usually accompanied by two white poodles. Sometimes, he would stop and watch us spread gunk. He would say something like “Faster, faster,” and the dogs would bark at us.Then he would pop his whip against his pants’ leg and walk away.

I lasted two months at the Silverstein Tannery. When I received word that my grandfather would let me return home (with conditions), I collected my last check ($12.00) and boarded a Trailways bus to Sylva. During my last week, Manard broke the buffing room monotony by taking two days of “sick leave” and then showing up with the lower part of his face incased in adhesive tape. (He had a little slit cut over his mouth so he could insert a Lucky Strike.) For the first time I was curious about Manard. When we got our break, I followed him to the loading dock and watched while he carefully poked a cigarette in the slit and lit up. “So what happened to you?” I said. It was a little hard to understand Manard because he had lost most of his teeth, but this is the gist of what he said:

“Well, last Saturday after drawin’ my pay, I drove down to the South Caroliny line whar I bought a fifth of JPJ and a sack of cherry bums. I come on back to Brevard, cause I knowed that there was a big church revival down on Carver Street. I set outside that church til almost midnight, sipping JPJ and listenin’ to WNOX in Knoxville. Drunk that whole fifth and it was close to midnight afore them folks come pouring out of that church. Then, I rolled a winder down, and using my cigarette, I lit one of them cherry bums, and I throwed my cigarette out the winder and put that cherry bum in my mouth.”

Recently, I read in a regional newspaper that a historical society in Brevard was planning to publish an oral history of the region’s tanneries, and they were soliciting personal reminisces from former employees. Suddenly, it all came back: The Green Fly, the buffing machines, the white poodles and Lil asleep by her work station. I’m not sure if “nostalgia” is the appropriate word for my memories and I have serious doubts as to if the historical society really wants to know how I feel about the old Silverstein Tannery, green hides and the buffing room. However, I will admit that every time I think of Manard with a cherry bomb in his mouth, I laugh.